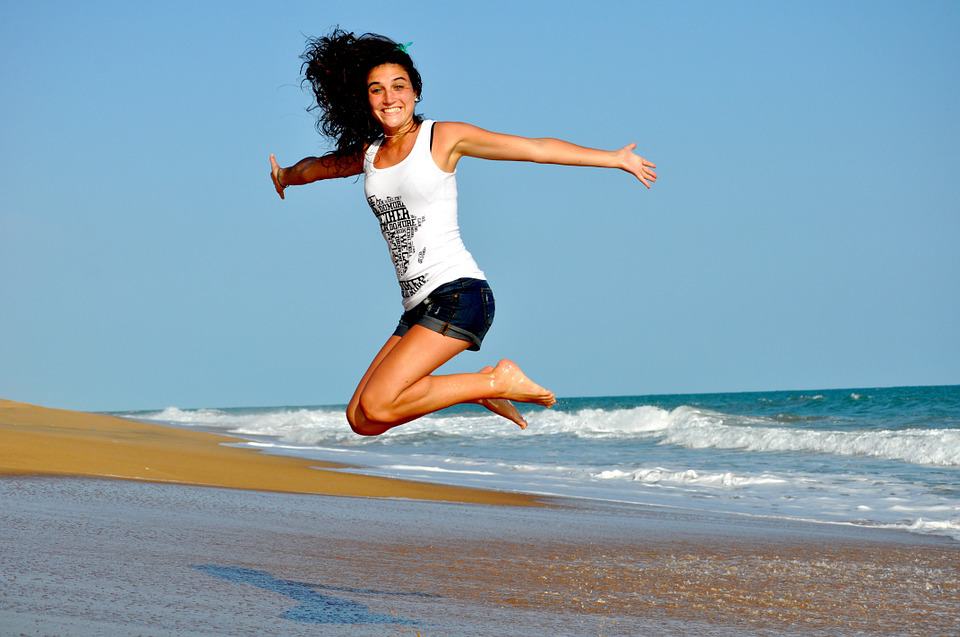 There are many anti-ageing products on the Australian market, each promising to provide a fast solution to a certain problem. Anti-wrinkle creams, moisturisers and serums can be great for reducing the aesthetic effects of aging, but what about the products that could actually add years to your life?

Anti-ageing starts from within

If you think about it, these creams are really nothing but a blanket solution, made to fight the look of ageing and not ageing itself. We are told by the television, magazines, billboards, websites etc. that these are “anti-ageing” products, when in reality they don’t match the definition of what the term actually means.

“Anti-ageing” really refers to slowing or even reversing the ageing process within cells. Ageing has a negative effect on our cells, with cell damage occurring as a result of our environment, stress, disease and other elements that have an effect as the years go on.

A strong, healthy body typically features strong muscles, solid bones, a functioning brain, clear memory, a healthy immune system and well-functioning organs. However, these aspects become less effective as we age. This is where true anti-ageing products come into the fold. They have the potential to maintain these functions, as well as our lifespan, as we age. 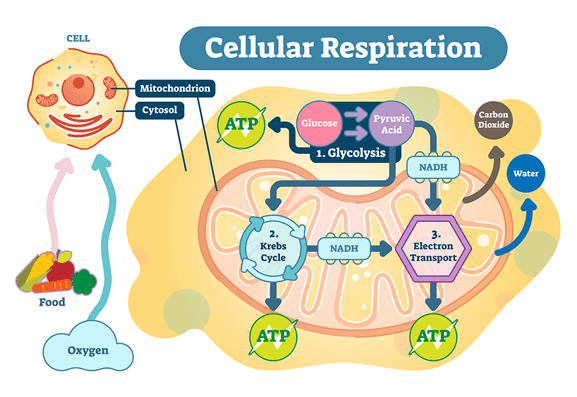 How age affects our cells

As we age our cells under multiple chemical processes. These include glycation, methylation and oxidation. Throughout oxidation, unstable compounds called free radicals can cause cell damage and work alongside other compounds to create harmful chemicals.

Throughout glycation, such chemicals attach to and adversely affect our DNA, mitochondria and proteins. Therefore, DNA linked to other chemicals and without sufficient methyl groups are unable to produce new DNA generations for future cells, forcing cell regeneration to stop.

Ageing and eventual death occur when the body can no longer produce new, healthy cells to maintain its functions and tissues. However, anti-ageing supplements work toward restoring DNA and functional proteins to prevent oxidations that commences this process. One of the most efficient, and promising, molecules researched is nicotinamide adenine dinucleotide, or NAD.

What benefits does NAD have for the body?

NAD is a coenzyme found in all the body’s cells. It is closely linked with our metabolism and exists in two major forms: NADH, which is the form occupied by electrons and without the ability to work as required, and NAD+, the form that can perform all its required functions. NAD+ helps convert the nutrients we consume into adenosine triphosphate, or ATP, which is how cells produce and share energy.

Moreover, NAD+ has recently been identified as a molecule that plays a crucial role in human feelings of hunger as well as sleep cycles. Our circadian rhythm determines when we are most active, feel awake, feel sleepy and the pattern where all these feelings energy. Proper NAD production influences and depends on our circadian rhythms and determines to what extent NAD+ works with proteins called sirtuins. Together, sirtuins and NAD+ undertake essential cell processes including:

Your body has finite NAD+ supply

As soon as NAD+ with sirtuins to promote cell health, it takes on electrons and cannot continue providing more benefits. Therefore, the body has to continuously create NAD to perpetuate multiple cell processes and prevent cell deterioration. The problem is that as we age our bodies produce less NAD.

This reduced supply affects our bodies in various ways. First, reduced NAD inhibits the cell’s potential to create and use ATP energy. This process diminishes its potential to perform its function within our bodies. Second, when cells find themselves less able to create other functional molecules that support cell vitality, they will die faster. Therefore, NAD has been found to be integral to maintaining proper organ and neurological health. Without proper NAD supplies, our bodies age and lose their ability to function efficiently.

How do NAD supplements help?

Researchers have proposed that increasing NAD levels can prevent diseases like arthritis and cancer ever since they isolated depleted NAD levels as a cause of such illnesses. Researchers have been studying the effects of replenished NAD on mice and rats for some time now.

In such studies, researchers conducted experiments like adding NAD directly to cell cultures, creating NAD levels in older mice that were similar to that of younger mice. These cells were then exposed to traditional age-related stresses, including oxidation. It was found that far less of these cells died than those that did in the control group not provided with added NAD. This led researchers to conclude that NAD allows cells to withstand natural stresses and avoid deterioration that comes with ageing.

How NAD is administered

People don’t have access to the same methods of use as found at laboratories, and this makes supplements the most available way to increase cell NAD. Luckily, NAD supplements provide an option for people to improve their metabolism, sleep cycles, memory and focus without having to go to a lab. Companies have now produced NAD+ supplements that can be taken as powders or capsules in conjunction with our body’s natural production.

What are NAD boosters?

NAD+ has an important effect on our bodies, and supplying the body with extra NAD levels should be a first step and not the last one. It can’t be underestimated that over time oral supplies of NAD begin to deplete just as naturally occurring NAD. Therefore, supplementation options become an integral element of gradually increasing NAD supplies in the body.

Because there is a gradual decrease, researchers had to look within the cell to identify NAD’s metabolic precursors. Supplements such precursors could potentially increase the body’s natural NAD production through providing extra biosynthetic pathways to increase cell metabolism and its overall health benefits.

Two strong candidates soon emerged: nicotinamide riboside (NR) and nicotinamide mononucleotide (NMN). Researchers first asked whether nicotinamide riboside was the same as NMN, and found that NMN actually converts to NR. It enters the cells first, and then converts back into NMN and, eventually, NAD. There has been a long debate about which precursor makes for a better NAD booster.

What are the benefits of NMN supplements in NAD production?

The transformation between NMN and NR takes place for entry to multiple cell types. Therefore, researchers believe that NMN is one of the fastest methods for stimulating NAD production in the body. Furthermore, NMN supplements are being found to have benefits that go beyond their intended NAD production.

Adding to the NAD metabolic pathway, NMN can be added directly to cells without the need to convert to NAD. This phenomenon occurs from newly discovered transport proteins that enhance in number after NAD levels decrease. With this, NMN adds to cell energy that enables each of the previously mentioned anti-ageing properties cells promote with the required ability to regenerate and grow.

Opting to supplement NAD with NMN provides a quicker path to promoting cell metabolism. Therefore, it is a much faster means of doing the same. Moreover, NMN has been found to improve insulin production and activity, resulting in additional metabolic benefits as well as an intolerance to glucose. NMN supplements can work towards alleviating metabolic conditions like obesity, diabetes and fatty liver disease.

Can I increase my NAD levels?

NAD and its potential ability to slow down the effects of ageing has led to much research into how we can increase NAD+ levels in the body. Whilst supplements are one of the easiest methods for increasing production, other options exist, including:

. Changing dietary regimen: Diets that are low in carbs and high in fats, such as the Atkins-style diet and keto diet, promote the state of ketosis. Ketosis is when you use fat for energy instead of glucose. This technique increases the ratio of NADH and NAD+ and can protect your body from the process of oxidation.

. Intermittent fasting: Whilst long periods of fasting and severe calorie restrictions and not recommended for most people, intermittent or brief fasting can produce positive results. Intermittent fasting is a more viable method of introducing the body to longer periods without eating. This works to raise NAD+ levels in a similar way to ketosis.

Unfortunately, high fat diets are not typically recommended for people with increased LDL cholesterol, heart disease or diabetes. Furthermore, fasting may not be a good option for people with particular medical conditions and can be hard to keep up over time. Therefore, supplementing with NAD supplements and NMN powders could be the safest and easiest way to promote increased NAD production. 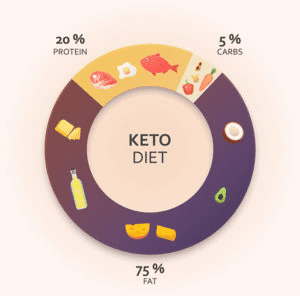 Try NMN supplements for yourself 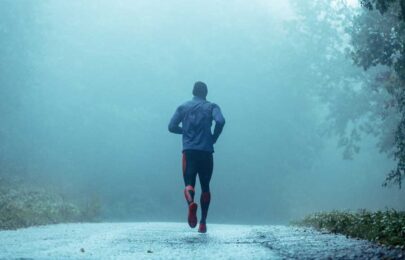 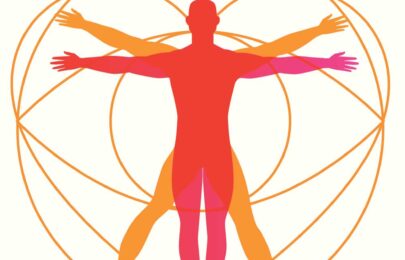